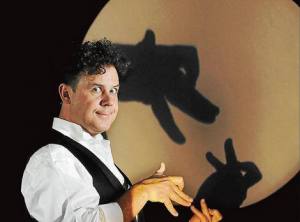 Regarded as the best event of its type in the city each year, combining as it does a mixture of international-calibre entertainment, world-class wining and dining, and two hours of singing and dancing to close proceedings, A Night to Remember is staged in aid of the best possible cause: medical research from which we all benefit.

Since the first dinner was staged in 2013, almost than $500,000 has been raised, further lifting the Foundation’s ability to identify and establish life-changing medical research at a catalyst level. Our projects and scholarships are often the very first investigation globally into a specific area of study and, as such, are the launching pad for greater and more in-depth scrutiny.

The results of a significant number of the Foundation’s projects are internationally acclaimed with the benefits reaching tens of millions of people around the world.

Headlining the entertainment at A Night to Remember 2019 in the Dunedin Town Hall on Friday, 15th February will be world-acclaimed‘unusualist’ Raymond Crowe, who is back by popular demand, having been our first act in 2013. Raymond is a one-man magician, illusionist, ventriloquist and raconteur. We are extremely lucky to have secured his services again with him having spent the last four years travelling the world with his extraordinary show.

Also on stage in February will be Mark de Lacy (aka The Minstrel) who will parody and satirise the audience in a stand-up performance sure to have the 480-strong crowd in stitches.

Getting the night underway will be the extraordinary O-Taiko drum ensemble while ending the show will be DJ Matty T, who is guaranteed to have the dance floor packed during his two-hours on stage.