The Foundation’s 8th annual golf tournament will be played on the St Clair course on Sunday, 24th September with a 10a.m. shotgun start. 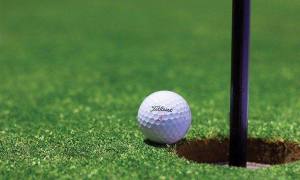 More than $120,000 has been raised since the inaugural event in 2010, all of which has been invested in research projects and summer scholarships. Funds generated at the 2016 tournament helped establish an investigation into fine-tuning the body’s own immune system to fight solid cancerous tumours which are often resistant to traditional chemotherapy treatment.

Early progress with this study are very encouraging.

The 2017 tournament will be played under Florida Scramble rules, there are closest-to-the-pin prizes on all four par-3 holes, and a very fine team prize list along with the post-play buffet meal. The defending champions are Dave Sharp and his Whatsoever team.